BJ Brinkerhoff is a trial attorney specializing in defense of liability lawsuits against companies ranging from small, family-owned businesses to Fortune 500 compaines. He is a member of the construction, products liability and retail defense practice groups at the firm, and has extensive experience in employment defense in state and federal Courts. BJ has handled several jury trials, and his cases include multi-million dollar employment claims, wrongful death matters and complex construction litigation. BJ graduated from Vanderbilt University in 2000 and Indiana Univeristy School of Law – Bloomington in 2003. While in law school, BJ was a finalist in the Sherman Minton Moot Court Competition in 2001-2002, and served as Chief Justice of the Sherman Minton Moot Court Competition in 2002-2003.

Lucy Dollens is a Partner in the Indianapolis office of Quarles & Brady, LLP.  Lucy is an experienced appellate litigator, having handled well over 100 appeals in both state and federal appellate courts on an expansive range of legal issues. She also represents amicus curiae parties regarding significant issues of Indiana law before Indiana’s Court of Appeals and Supreme Court.  Lucy was the 2103 recipient of the DTCI Defense Counsel of the Year Award. Lucy is also an experienced commercial litigator and enjoys advising clients on a broad range of contractual issues prior to the initiation of litigation. Her practice extends to federal and state trial and appellate courts, bankruptcy courts, proceedings involving governmental agencies and regulators, and class actions. Lucy also handles general litigation, product liability matters, toxic tort litigation, premises liability issues, and matters involving the enforcement of restrictive covenants in employment agreements.  Licensed in both Indiana and West Virginia, Lucy also has extensive experience defending financial institutions, servicers, and consumer finance companies in a broad range of litigation disputes.  She graduated from Butler University (B.A., cum laude) and Indiana University – McKinney School of Law (J.D. summa cum laude).  Lucy, her husband, Mike, and their three children enjoy rooting for the Butler Bulldogs and the Indianapolis Colts. 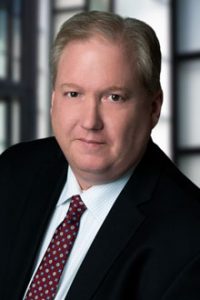 Scott Cockrum is a partner in the Highland and Indianapolis offices of Lewis Brisbois and is a member of the General Liability Practice. Mr. Cockrum joined Lewis Brisbois in January 2019 as a partner. He previously practiced at a Chicago-based national law firm since April 2003, and as a partner since 2006. He served for five years as an adjunct professor in the Paralegal Program at Calumet College of St. Joseph in Whiting, Indiana. Mr. Cockrum has extensive and varied litigation experience. He is frequently before Indiana state and federal courts in a variety of cases, handling declaratory judgment, bad faith, UIM, and breach of contract claims and other actions for insurers. He further represents defendants in a variety of litigation matters, including medical malpractice, legal malpractice, nursing home litigation, products liability, and other general and professional liability claims. He has tried multiple cases to jury or bench verdict, including week-long jury trials in 2016 and 2017, and bench trials for the Indiana Patient’s Compensation Fund in petitions for excess damages under Indiana’s Medical Malpractice Act. He has handled over 50 appeals before Indiana’s appellate courts, including oral arguments in several matters. Mr. Cockrum lives in Munster, Indiana with his wife and four daughters. 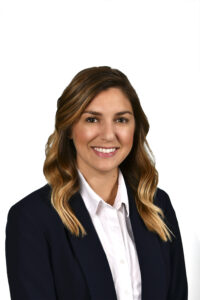 Angela’s practice focuses on the defense of health care providers — specifically long-term care providers — in cases alleging medical malpractice in courts throughout the State of Indiana. Prior to focusing her practice on medical malpractice defense, Angela represented medical professionals in the correctional setting in cases alleging civil rights violations in federal court.  In addition, she assisted with the appellate briefs for Katz Korin Cunningham in those cases.

Prior to joining Katz Korin Cunningham, she was a Litigation Staff Attorney at the Indiana State Department of Health. There, she practiced administrative and civil litigation for the Divisions of Acute Care, Long-Term Care, Environmental Public Health (EPH), HIV Medical Services, and Children with Special Needs Health Care Services. Angela also assisted with litigation relating to the certification of certified nurse aides and home health aides. She served as the primary attorney for the EPH Division, HIV/STD program, children’s program, and human resources. 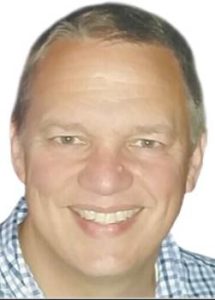 Brad Schulz is an attorney with State Farm Litigation Counsel in Indianapolis.  Brad is a member of the Indiana Bar Association, as well as the American Board of Trial Advocates.  Although originally hailing from Wisconsin, he has lived in central Indiana since boyhood and considers it home.  He is a 1993 graduate of Butler University and received his law degree from Indiana University Robert H. McKinney School of Law in 1999.  Brad’s community service includes serving at the Church at the Crossing, where he serves on the Board of Elders.  He has also volunteered his time with such organizations as Habitat for Humanity, Camp Challenge Indiana, and Passport to Employment.  In addition, he serves on the pit crew for the Fishers High School Marching Tiger Band.  His interests include reading, specifically in history and biography.  He enjoys baseball and racing, as well as spending time with his wife and children.

Patricia concentrates her practice in complex business litigation including litigation of intellectual property disputes, trade infringement, director and officer liability, environmental contamination, and lender liability. Her clients include corporations, sole proprietorships, limited liability companies, not-for-profit entities, health care providers and financial institutions. She has been recognized by Best Lawyers (2009-2015) in the areas of Commericial Litigation; Litigation – Banking Finance; Mass Tort Litigation / Class Actions – Defendants, and by Indiana Super Lawyer as the 2015 Indianapolis Mass Tort Litigation/Class Action – Defense “Lawyer of the Year”. Only a single lawyer per practice area in each community is honored as a “Lawyer of the Year”.

Women in the Law Chair

Jazzmin is active in the firm’s pro bono program, successfully representing clients in settlement conferences before the U.S. District Court for the Southern District of Indiana

Libby Valos Moss is a Partner with the firm Kightlinger & Gray, LLP. She is a trial attorney who concentrates her practice in the areas of employment law and defense of employers before the Indiana Worker’s Compensation Board. She is a frequent speaker on the issues employer’s face when confronted with worker’s compensation claims. She is admitted to practice in Indiana and before the U.S. District Court, Northern and Southern Districts of Indiana. Libby is a 1995 graduate of Ball State University and graduated from the Indiana University School of Law, Indianapolis, in 1999. She has served as the Chair of the DTCI Worker’s Compensation Section. In addition to being an active member of DTCI, she is also a member of the Indianapolis Bar Association, Indiana State Bar Association, Litigation Counsel of America and Defense Research Institute. 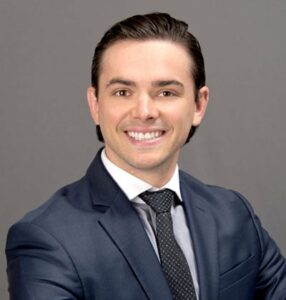 John M. Stringfield, joined as an Associate at Clendening Johnson & Bohrer, P.C. in June of 2020 and will focus his practice in civil litigation at our Indianapolis location.

John was admitted to the Indiana bar in December of 2018. His background thus far includes a variety of legal work at a boutique law firm in Indianapolis focusing on mostly personal injury and criminal defense.

John attended undergrad at Ball State University, where he majored in Political Science. He also served as the Dance Marathon Liaison for his fraternity (Sigma Chi), which helped raise money for the Riley Children’s Foundation. He completed his undergraduate degree in December of 2014.

In August of 2015, John attended the IU Robert H. McKinney School of Law in Indianapolis, Indiana. He was a fellow with the Indiana Supreme Court Coalition for Court Access in 2017, which focused on evaluating access to courts in rural areas of Indiana for indigent and pro-se litigants. During his time as a fellow with the Coalition, he conducted field research, interviews, and presented his findings to members of the Indiana Supreme Court.